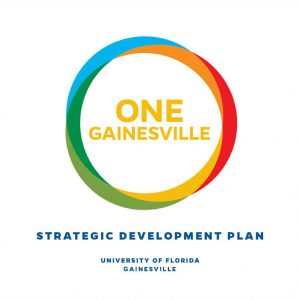 The University of Florida’s Strategic Development Plan seeks to shape the university and surrounding community’s future over the next 40 to 50 years and establish the framework for the “New American City.”

The plan was developed over a rigorous nine-month exploration of key issues within the university community and the City of Gainesville – UF’s host city. The 2,000 acre land-grant university’s presence looms large in Gainesville, a town of approximately 140,000 residents with a student population exceeding 50,000.

The planning effort was led by UF Senior Vice President and COO Charlie Lane, who enlisted the services of a consulting team of experts from Boston-based development firms Elkus Manfredi and DumontJanks. Lane also assembled a diverse steering committee that included UF stakeholders and a variety of community leaders.

Over the course of developing the plan, Lane and the consultants interviewed more than 200 UF and Gainesville community members in approximately 100 meetings, held multiple information and feedback sessions that were open to the whole community, and hosted a symposium that featured experts from other universities discussing their own Strategic Development Plans.

The plan itself, which factors in the consulting team’s expertise, community voices and UF’s goals, including maintaining its standing as a preeminent university and a leading research institution, comprises four main initiatives: 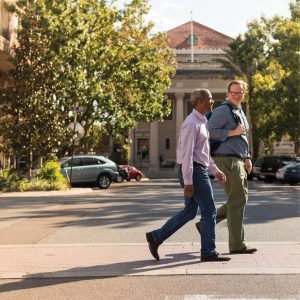 Aligning the city and university could turn Gainesville into a proving ground for solutions to challenges facing cities nationwide. The plan calls for creating a joint planning group and a “Smart City Lab” to gather and analyze data to inform future decisions. It also suggests leveraging the expertise of UF researchers to address local issues and establishing an investment strategy to translate UF research and ideas into local start-ups. Finally, the plan recommends evaluating ways to establish a presence in downtown Gainesville for some of the university’s programs, especially its cultural amenities.

To support this initiative, UF is providing $250,000 in community research awards to help connect UF’s talent to community issues. 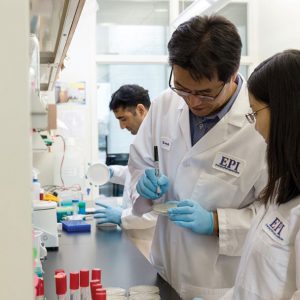 To enhance collaboration and innovation, the university will concentrate future development in the eastern third of campus and coordinate with the city to encourage development between downtown and campus. Increasing density in these areas will foster interdisciplinary discovery as well as sustainable growth. The plan recommends studying transportation and parking, the best uses for existing space, facilities maintenance and growth, and ways to make Newell Drive a core connection between UF’s academic core and medical center. Because living on campus supports student success, the plan also calls for re-evaluating the current student housing situation with a residential life plan that includes a strategy for the city’s student housing stock. The housing discussion will extend to creating a strong urban core that enhances neighborhoods, attracts talent and investment and makes it feasible for faculty and staff to live close to campus.

Immediate plans to support this initiative include renovating the Plaza of the Americas and redesigning Newell Drive, which will open up the road as a main artery to further unite the UF campus with Gainesville. 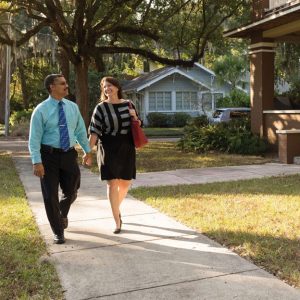 The plan recommends that the university and city collaborate to preserve historic neighborhoods, creating a diverse housing stock and improving amenities while defending them from gentrification. The city-university collaboration would also examine the east-west corridors connecting downtown and campus, University Avenue, Southwest Second Avenue, Southwest Fourth Avenue and Archer Road/Depot Avenue, investigating fixed-route transit options and revisiting the master plan for Innovation Square with the goal of promoting interaction, connection and future development. The plan also calls for improving the identity of Southwest 13th Street as a gateway to campus and the city, evaluating existing regulations with an eye toward defining appropriate height and density for development, and promoting better relations between student and other residents of neighborhoods near campus by catalyzing housing diversity between campus and downtown.

In support of this initiative, UF will enrich neighborhoods with a $50,000 College of the Arts/city arts initiative. UF will also earmark a portion of the $250,000 community research awards and explore further monetary and talent resources to help preserve and strengthen neighborhoods. 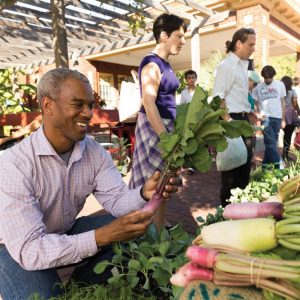 When the consultants studied what people like about Gainesville, outdoor spaces emerged as some of its greatest attractions. It’s also part of UF’s land-grant mission to be a good steward of the environment on and around campus. With that in mind, the plan recommends studying open space, landscaping, street and utility networks, stormwater and other infrastructure, and partnering with the city on large-scale open spaces, bike-pedestrian trails and stream-corridor restoration to advance the region’s ecological health and outdoor amenities. Recommended collaboration with the community extends to energy, water, waste and recycling issues as well as healthy food initiatives with the local agricultural community.

Immediate plans to support this initiative include the creation of a UF landscape master plan and providing $50,000 to identify solutions that will address a UF/city/county environmental issue.